If you prefer a more active type of holiday and are not adverse to a little bit of exercise, why not consider renting a bicycle or taking a cycling tour. Two wheels are a fantastic way to explore the Algarve’s nooks and crannies, providing the freedom and flexibility to really get off the beaten track.

Offering excellent conditions for cycling on all types of terrain, the Algarve’s unique geographical characteristics coupled with its climate and diversity of roads, tracks and trails make it one of Southern Europe’s most popular cycling destinations, this being reflected in the growing number of visitors who travel here for dedicated cycling holidays or athletic training camps.

Boasting a wealth of natural attractions, the Algarve’s landscapes are enthrallingly varied, ranging from a golden coastline with dramatic cliff-backed beaches and azure sea, to charmingly quaint whitewashed villages that have remained largely untouched by the hands of time, to the delightfully rugged countryside, with its rolling hills and valleys, forests, woodlands and sparkling springs.

And with over 300 days of sunshine per year, there’s rarely a bad time to cycle in the Algarve; that said, spring and autumn are particularly pleasant times of year, when the temperatures are mild, the weather is usually dry, and the flora is either in full bloom or turning to rusty golden shades of red and orange. Peak season – July-September – can be too hot and busy for cycling during the day, but early morning and late evening are still pleasant times.

So jump in the saddle and take advantage of the Algarve’s distinctive fresh air, the fragrant scent of orange blossom from the citrus fields, see the almond blossom flutter like snow, and make the most of the region’s famous wooden walkways in some of its most scenic of locations, at leisure to stop and start as you please.

In recent times several councils, including Loulé, Faro and Lagoa have introduced shared electric bicycle schemes, which can be rented hourly, while the Algarve is famously home to a number of ‘Ciclovias’, designated and marked cycle routes that run through the most scenic parts of the region’s municipalities, which are well-maintained and free for all to use. 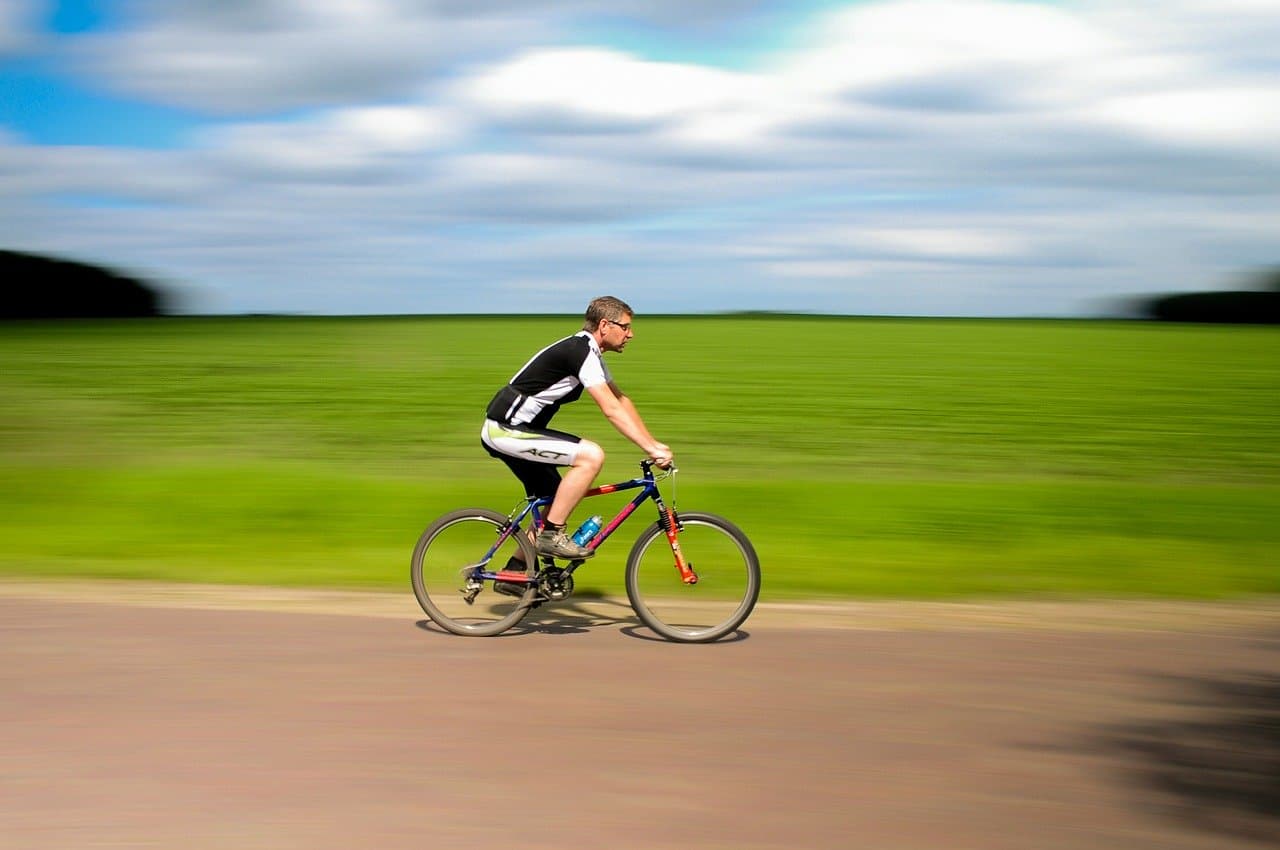 The Algarve is also home to  the Ecovia do Litoral (coastal route), one long continuous route which stretches along the entire Algarve coast for about 214 km, from Cape St. Vincent to Vila Real de Santo António’s ferry docks.

Made up of 12 individual segments, the Ecovia do Litoral runs along seaside pathways that traverse 12 counties of the Algarve coast.

This popular cycle route was developed from pre-existing cycle paths as well as mixed traffic roads with low traffic volumes or nature trails in protected areas, and takes cyclists through magnificent landscapes that hem the Algarve coast.

Managed by the Algarve council association AMAL, the intention was to take advantage of existing roads, such as secondary roads and abandoned or deactivated rural roads, which have been restored, improved and embellished, and equipped with specific information and signage for cyclists.

There are three other major biking routes in the Algarve; the Rota Vicentina, which runs through the protected Vicentine Coast natural park, on the blustery western tip of the Algarve, which has some of the most dramatic and rugged coastline in the region; the Via Algarviana, a 300km inland trail loved by walkers, and the Grande Rota do Guadiana, which runs alongside the Guadiana River in the eastern Algarve, separating Portugal from Spain.

For the more experienced cyclist, head somewhere like the Monchique mountain range, where the mountainside climbs and aerial views make for challenging and scenic cycling. This is a particularly popular area for off-road mountain biking, especially in cooler seasons when the vegetation is lush, as is the neighbouring county of Silves; two of the Algarve’s largest countryside municipalities, with plenty of affordable rural lodging options.

If you would rather take a slightly easier option, book an organised downhill cycling tour for Monchique starting at Foia Peak, the Algarve’s highest point, at 902 metres. This downhill route descends all the way down to the coast, through incredible natural landscapes, to the beautiful Ria de Alvor lagoon and beach.

Alternatively, head to the opposite end of the Algarve to the unspoiled Sotovento (eastern Algarve) to explore the unpolished – and somewhat flatter – natural beauty of the Ria Formosa, a stunning coastal protected lagoon that spans the municipalities of Loulé, Faro, Olhão, Tavira and Vila Real de Santo António. The Ria Formosa is home to a vast variety of fauna and extraordinary biodiversity, being particularly popular among birdwatchers. The Ria Formosa tour is is a gentler ride than the hills of Monchique, for example, as it is mostly level.

Another enjoyable cycle tour is the Salgados Wetlands (Pêra) to Albufeira ride, along dirt tracks and through reedy marshes, while the Vilamoura – Quarteira Bike Tour is a fantastic way to explore these two cities in the heart of the Golden Triangle.

There are many good reasons to consider renting a bike or enjoying a cycling tour while holidaying in the Algarve; not least to beat the summer traffic. And whether you prefer to cycle independently or enjoy the information imparted through a guided excursion, the Algarve has all the options covered.

Numerous bike rental companies operate all year round in the Algarve, who can provide the right bicycle for any occasion, whether mountain bikes or road bikes, as well as the necessary information for a safe and comfortable exploration of the Algarve on two wheels, with prices starting from around €20 a day.

Please bear in mind that while wearing a helmet is not compulsory when riding a bike on roads in Portugal, it is very strongly advised, and most bike rental companies rent the bicycles with helmets and locks.

If a guided tour is what you prefer, Algarve Fun has plenty of information and options available; just have a look at our website to see our routes.

The Algarve tourist board (RTA) has also recently launched a free guide on its website suggesting 41 different itineraries to explore the region in an active and sustainable way. The guide also contains a chapter written specifically for competitive and more experienced cyclists, indicating the areas that are better suited for hill training, and divides the routes into four levels of difficulty, based on length and altitude.