Portugal won some of the top prizes at the prestigious World Travel Awards on Sunday, and became the first European country ever to win the World’s Leading Destination by defeating major competitors including Brazil, Greece, Maldives, Morocco, Vietnam and Spain.

Portugal also received the World’s Leading Tourism Authority Website 2017, what is considered a “unique moment for tourism in Portugal” by the Secretary of State for Tourism, Ana Mendes Godinho. 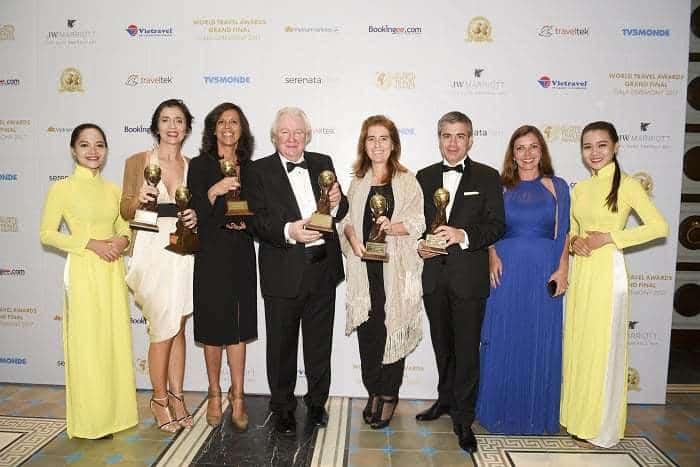 In European awards, Portugal was as well recognized by winning the Europe’s Leading Beach Destination 2017, Europe’s Leading Destination 2017 and Europe’s Leading Tourist Board 2017, emphasizing that this is the first time “in ten years of history” that Turismo de Portugal is recognized “with global awards”, the president of this organization, Luís Araújo, believes that seeing “the distinguished tourism strategy” gives “a motivation increased in the pursuit of the objectives until 2027, to affirm Portugal as a tourist destination of excellence. ”

Conrad Algarve won the luxury prize, Europe’s Leading Luxury Lifestyle Resort 2017, and now with a Michelin Star restaurant Gusto, for sure it will continue to provide the best luxury to its customers.

For the Algarve came as well the price for most romantic resort, Monte Santo Resort  in Carvoeiro a place for romance and relaxation that won the Europe’s Most Romantic Resort 2017.

In the Portuguese awards the Algarve also had lots of winners with, amongst others, the prize for Leading Family Resort going to Pine Cliffs Resort, and Hilton Vilamoura as Cascatas Golf Resort & Spa received Portugal’s Leading Resort 2017.

With all these awards we can see that both Portugal and particularly the Algarve are making progress in tourism and gaining the recognition on the world stages it deserves.

Share It
//custom script by storepro #29516
Cart Item Removed. Undo
Products you might like
Checkout - 0.00€
We use cookies to ensure that we give you the best experience on our website. If you continue to use this site we will assume that you are happy with it.Ok