Summer is of immense importance to the Algarve region with many companies earning their entire annual income in a few short months between June and September. So we’ve reviewed the 2018 summer season to find out how it went. 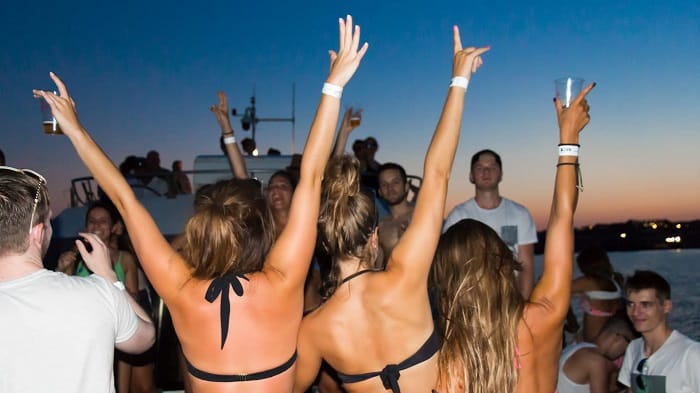 Algarve Fun, a leading attraction and ticket company, reported weather was a factor that significantly affected tourism in the Algarve during summer 2018.

The season was marked by heavy rainfall in the region, which continued during May and June which traditionally are the months which really get the season going.

The unexpected nature of this mean it is believed not to have had a significant effect on total visitor numbers and therefore on bookings at hotels and restaurants. However Algarve Fun reported this did effect bookings for important Algarve outdoor activities including water parks and boat trips.

Temperatures were lower in July, which coupled with excellent weather in the UK, did reduce last minute bookings from UK holiday makers looking for summer sun in the Algarve. It was still sufficiently warm enough to effect sales of most activities and attractions which had excellent sales. Algarve Fun did note a reduction in activity sales to Portuguese tourists during July who may have been more negatively affected by the cooler temperatures.

On the other hand, September was extraordinarily hot (and is expected that October will be the same), which has led to higher rates of Portuguese and foreign visitors in the Algarve than expected and in strong activity and attraction bookings.

Interestingly, an external factor to the Algarve that affected sales of water parks, boat trips, surf lessons, safaris, or guided walks was the FIFA World Cup that took place in Russia between June 14 and July 15. “More specifically, during the afternoons and evenings, sales dropped significantly during big games. In part, some of these sales were recovered the next day, as these days were typically above-average sales” pointed out Gary Miller Director of Algarve Fun.

A Change of Nationalities

It seems that this year the Algarve gained prominence among people from Germany, Holland, the United States and Brazil, however the largest increases were seen from Spanish and French tourists. Portugal travel website the Portugalist noted that the fact that Lisbon and Porto are now very popular cities as holiday destinations, makes people want to know Portugal better, which leads them to research about the Algarve region. In fact, several information websites about the Algarve registered significant increases in the number of foreign visitors.

However, if a greater number of non-British visitors were observed, on the other hand the number of tourists from the United Kingdom decreased during summer 2018. The instability provoked by the Brexit referendum and the decline in the Sterling as a result, led to fewer Britons spending holidays in the Algarve.

Overall, summer 2018 was a good season for tourism in the Algarve and the same thing is expected to happen for 2019 (regardless of the weather!). Despite the threat of aggressive tourism campaigns by North African countries such as Egypt, Morocco or Turkey, the Algarve has remained one of the best summer holiday destinations.

Share It
//custom script by storepro #29516
Cart Item Removed. Undo
Products you might like
Checkout - 0.00€
We use cookies to ensure that we give you the best experience on our website. If you continue to use this site we will assume that you are happy with it.Ok